19th affecting medical marijuana dispensaries, and other state sanctioned cannabis industries, operating under state laws across the United States. In the decision, Judge Charles Breyer ruled in favor of the Marin Alliance for Medical Marijuana (MAMM), forbidding enforcement of a federal injunction they had against the dispensary. Most importantly, the ruling goes against the Department of Justice’s interpretation of legislation passed by congress last December which required the federal government to respect the state’s many differing medical marijuana laws.

The legislation was an amendment (known as section 538) to the Consolidated and Further Continuing Appropriations Act of 2015 which passed the house with a vote of 242-186, but it’s reach was viewed narrowly by the DOJ. Officials explained to the Los Angeles Times in April that the rules were not meant to apply to dispensaries or individuals, but instead the legislation merely prevents the feds from “impeding the ability of states to carry out their medical marijuana laws.”

The legislators that drafted the amendment disagreed so strongly with the DOJ interpretation they actually called for an investigation into the DOJ tactics in July of this year. In a letter to the Inspector General the authors of section 538, Rep. Dana Rohrabacher (R) and Rep. Sam Farr (D), both of CA, explained their concern:

In his decision, Judge Breyer seemed to agree that the DOJ was badly bending the meaning, which the Court is not allowed to do. When a laws language is clear, the Court should interpret it simply.

Judge Breyer explained in his decision:

“Given that the statutory language of section 538 is plain on its face, the Court ‘must enforce it according to its terms’…and need not consider the legislative history. But it comes as no surprise to the court that the legislative history of Section 538 points in only one direction: away from the counterintuitive and opportunistic meaning that the DOJ seeks to ascribe to it now.”

Jeremy Daw, Editor of The Leaf Online and author, had the same thoughts earlier this year when discussing the case in his article Rohrabacher, Farr Call For MMJ Investigations explaining, “Established rules of statutory interpretation are crystal clear on this point: when the text of a law has a “plain meaning,” courts will not — indeed, cannot — look to commentary on the House floor for evidence of Congressional intent.”

But, Judge Breyer, understanding the underlying statutory rules at play, opted to go the other way, using the congressional record to buttress his opinion, regardless of established rules. He meticulously checked the Congressional Record, and then quoted five pertinent statements in his decision, all made by lawmakers at the time the law was drafted which showed their intent with the amendment.

Rep. Farr: “This is essentially saying, look, if you are following State law, you are a legal resident doing business under State law, the Feds can’t come in and bust you.”

Rep. Rohrabacher: “The harassment from the [DEA] is something that should not be tolerated in the land of the free. Businesspeople who are licensed and certified to provide doctor recommended medicine within their own States have seen their businesses locked down, their assets seized, their customers driven away, and their financial lives ruined by very, very aggressive and energetic Federal law enforcers enforcing a law…instead of continuing to finance this repressive and expensive approach, we should be willing to allow patients and small businesses to follow their doctor’s advice under the watchful eye of State law enforcement and regulators.”

Rep. John Fleming (in opposition): “What this amendment would do is, it wouldn’t change the law, it would just make it difficult, if not impossible, for the DEA and [DOJ] to enforce the law.”

Many think it’s a big deal, including Jeremy Daw. With the references to congressional intent and well regulated, state authorized marijuana systems, Daw believes the decision will make a big splash.

“I think it will make a big splash, yes,” Daw explained. “It’s going to change the conversation about medical marijuana, and in California specifically.” 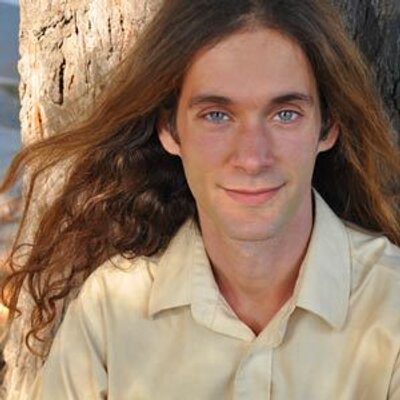 Daw refers to the “gray” area California has operated under for years, yet the ruling referred directly to California’s “well regulated” system, laying the groundwork for a new narrative and debate. Although the system in California is not well regulated, per se, it will be in the near future and other states are already heavily regulating the plant.

“He’s laying the groundwork for a new legal theory,” explained Daw further. “If you are in compliance with the state regulated laws…he’s trying to promulgate the idea that Rohrabacher Farr blocks implementation of the CSA [Controlled Substances Act] against those state legal businesses.”

“Its huge!” explained Berger to the OCC. “This was a centerpiece of our preemption argument in the Greenery’s case in Jackson County [Oregon] when we raised it shortly following the Congressional vote last December. The City Attorney thought it not relevant to the discussion and the Judge scoffed at us in Court.”

The argument was used in a number of cases once the legislation passed, but it seems local Judges felt it unnecessary to consider the law when rendering decisions in more than one case, and in separate jurisdictions.

Berger, founder of Oregon CannaBusiness Compliance Counsel, LLC, and a longtime attorney in Oregon specializing in cannabis law, legal defense, and business compliance matters, explained, “Unfortunately, in the early going, this argument was not getting much traction in court, including when it was raised on behalf of the farmers in the Kettle Falls 5 case in Eastern Washington.”

“I raised the lack of traction issue with Congressman Dana Rohrbacher when he spoke in February at the International Cannabis Business Conference in San Fransisco,” Berger explained further. “In April, he and co-sponsor Congressman Sam Farr wrote a letter to Attorney General Holder detailing their intent.”

That letter played a significant role both in Judge Charles Breyer’s opinion, and in the overall importance of it. It was significant enough to have an quote an entire paragraph in his opinion:

“As the authors of the provision in question, we write to inform you that this interpretation of our amendment is emphatically wrong. Rest assured, the purpose of our amendment was to prevent the department from wasting it’s limited resources on prosecutions and asset forfeiture actions against medical marijuana patients and providers, including businesses that operate legally under state law. In fact, a close look at the congressional record of the floor debate of the amendment clearly illustrates the intent of those who sponsored and supported this measure. Even those who argued against the amendment agreed with the proponents’ interpretation of the measure.”

The ruling was well constructed, and well documented, but also had a certain disdain in it’s tone.

“If you read his opinion, he’s almost contemptuous,” explained Daw. “Judge Breyer has made a masterful argument in the court of public opinion.”

In the long run, the decision could be pivotal. Like it or not, public opinion can be a powerful factor in a Judges decision. And, as the Presidential election looms just a year away, having a standing legal basis for an argument, as Breyer has provided, will help provide judges an acceptable, and proper, path around the CSA.

“It makes federal interference in medical marijuana states less likely even in the unlikely event of a Republican successor to President Obama,” Berger concluded.